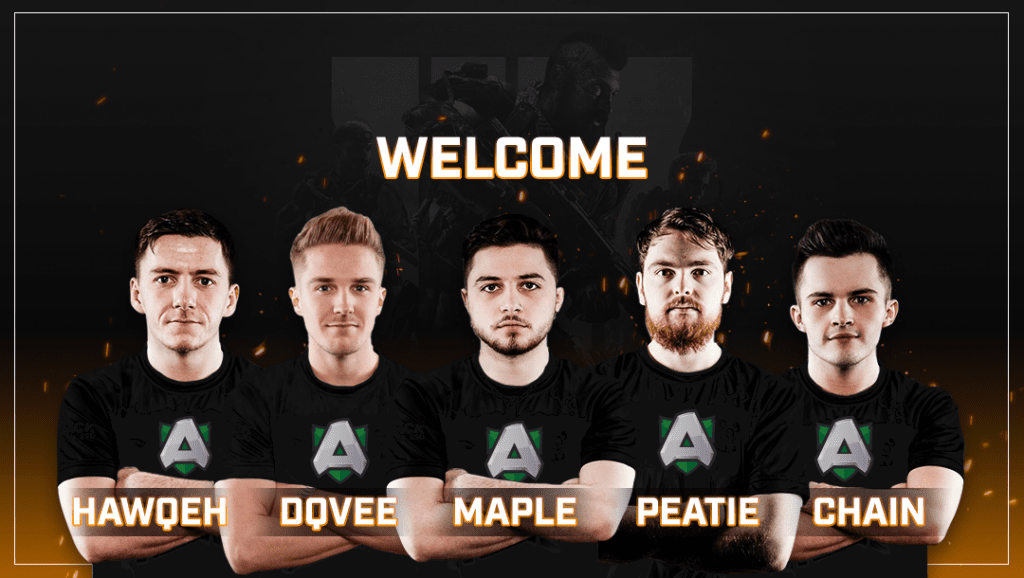 Gothenburg, Sweden – April 26th, 2019 – After the esports organization Lightning Pandas recently ceased operations, their Call of Duty team suddenly found themselves in a rough situation. They would need a new home immediately or they would miss the coveted Call of Duty World League.

The Call of Duty World League, or CWL for short, is one of the biggest esports leagues in the world. So, to get a team into the league is hard and expensive. Something that the organization Lightning Pandas recently learned, having to cease operations.

“The impending cost of franchising and other internal factors, it is with a heavy heart that we announce the Lightning Pandas has officially ceased operations.” Lightning Pandas says in their official statement.

That left their Call of Duty team in a very tough situation. They needed to find a new organization to represent, or they would miss attending CWL as well as losing their spot entirely in a Spanish league called Connect to play. And they only had a few days to do so. That’s when we stepped in, and decided to bring the five ex-pandas into their family. Sam “Chain” Dineley, David “Dqvee” Davies, Adam “Peatie” Peate, Jack “maple” McCartney and Billy “Hawqeh” Harris will all represent Alliance at least until the Call of Duty World League Championship 2019 in August – also known as COD Champs.

David “Dqvee” Davies says “We’re super excited to announce Alliance as our new organization to represent moving forward in the 2019 Call of Duty season. I want to give a giant thank you to Kelly, and Jonathan for believing in myself and the team to be their first step into the Call of Duty space and promise that we will give not just them but the entire #ALLfam a good showing!”

Next up for the team is the CWL in London during 3rd-5th May. This will be an early opportunity for the UK-based players to start off the Alliance COD division with a bang.

Please join us in giving them a very warm welcome. You can follow their adventures on:

Alliance is a world-renowned esports organization fielding competitive players across some of the most popular video games in the world. The independent, player-owned organization is the most known for winning the world’s biggest esports tournament in 2013 – DOTA 2’s The International. Today, Alliance is home of acclaimed players in many games and genres.

Our mission is to create a lasting legacy that supports esports experiences across the globe. In working toward that goal, we’re determined to be a responsible organization driven by our core values ​​of dedication, teamwork, and community.