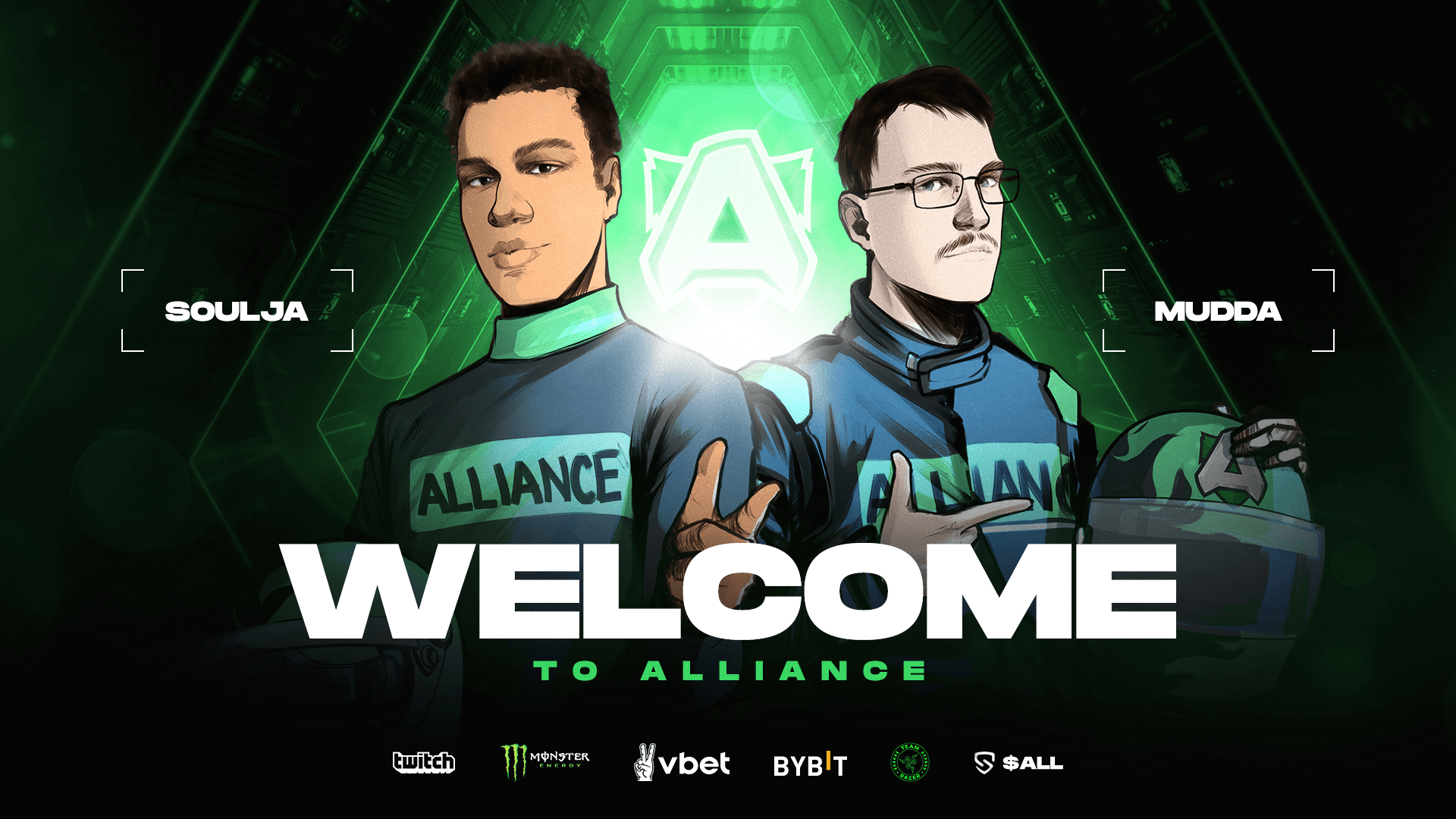 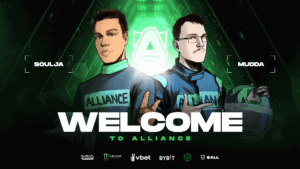 For the first time, Alliance will compete in duo teams as the World Tour kicks off with a pre-season invitational on December 17th.

The world-renowned esports organisation Alliance is proud to confirm that their Trackmania roster will grow with two new players for the new duo format in the upcoming Trackmania World Tour.

Patrick “Mudda” Radisich, previously known as a full-speed track star, has over the last couple of years shifted into one of Trackmanias greats. Not only has he captured the hearts of many esports enthusiasts in the Oceania region, he has also cemented his Trackmania legacy by winning the global finals of the last iteration of the Trackmania Grand League.

Joining Mudda as his duo is the up-and-coming rising star Alistair “Soulja” Adutwum. Soulja might not have shown his prowess in the TMGL yet but he has completely dominated the Challenger series since 2021 with his well rounded driving style on all maps. The duo is eager to compete together on December 17th-18th in the pre-season Showdown.

“Alliance has competed and remained in the Trackmania Grand League for 3 years, cementing our place among the top competing organizations within the circuit. We are so happy to expand even further and welcome Mudda and Soulja to Alliance” says Kelly Ong, Alliance’s Co-owner and CSO.

Continuing with the racing division, Alliance’s long-time racer and former world champion Tim “Spam” Lunenburg will take on the role of Race Manager. “With his many years as a Trackmania racer and as an Alliance team player, Tim will offer a depth of experience, knowledge and know-how to the duo both in and out of game. We are very pleased to have him on board in his new role. He has done tremendous work already with helping us scout our new racers coming into our racing division and the new Trackmania World Tour” adds Kelly Ong.

“The upcoming year in Trackmania will mark a great step forward for the competitive scene. With all the new changes to the format and having Mudda & Soulja on the team who are very motivated and hungry to perform, my excitement is through the roof!”  Tim “Spam” Lunenburg comments. “The great work ethic Mudda has shown in the past seasons has made him a real force to be reckoned with. Combining those abilities with Soulja who has really been pushing himself in past seasons has made me really confident about the duo.
I will be doing everything in my power to help them achieve their goals this season. #LongLiveAlliance”

Don’t forget to follow the team and send all your support their way!

About Alliance
Alliance is a world-renowned esports organization fielding competitive players across some of the most popular video games in the world. Shortly after Alliance’s inception, their Dota 2 team, headed by Jonathan ‘Loda’ Berg, catapulted to the top of the scene with an innovative playstyle and went on to claim the Aegis of Champions when they won The International 2013.
Alliance’s mission is to create a lasting legacy that supports esports experiences across the globe. In working toward that goal, they’re determined to be a responsible organization driven by their core values of dedication, teamwork, and community.
Follow Alliance everywhere #ALLfam