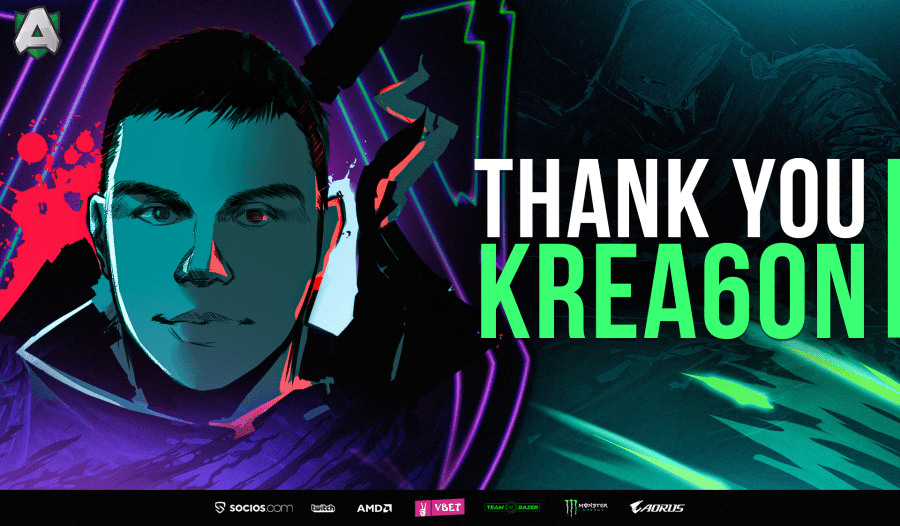 General Manager of the division James Banks has the following comments for this change in the roster: “It may come as a surprise to read this to many of the Alliance fans after our early success with the VALORANT squad and qualifying for Masters but today we are making a change to the roster. We have decided to remove krea6on from the team, effective immediately.
krea6on is an incredible individual player and helped us get to where we are but due to his lack of team experience we made the decision to bring a new player in so we can continue our growth and reach our goals.
He will be a free agent and able to join another team whenever he decides. We can’t thank him enough for everything he has done for the team but in order for us to take the next steps and become one of the best teams in the world we decided it was necessary for us to make a change to build the right team.
Once we are ready to announce our new player, you can expect an update. We all wish krea6on the best of luck going forward, he is a young star for the future for sure.”

Alliance fans have been waiting for an FPS roster to cheer on for a long time now. Less than a month after announcing the new VALORANT squad, the ALLfam has been able to enjoy the journey in an extra special way as we see our squad actively competing with successful results on top of interacting actively with the ALLfam across Alliance channels.

They also managed to be the first European team to qualify for the upcoming VALORANT Masters, after going through 2 grueling Open Qualifiers as underdogs which has seen over 500 teams competing over both events.
We look forward to continuing building a powerhouse to compete at the highest level in VALORANT and your support. Be sure to follow Alliance on Twitch, Twitter, Facebook and Instagram, as well as joining its official Discord channel to keep up to date with all things Alliance.