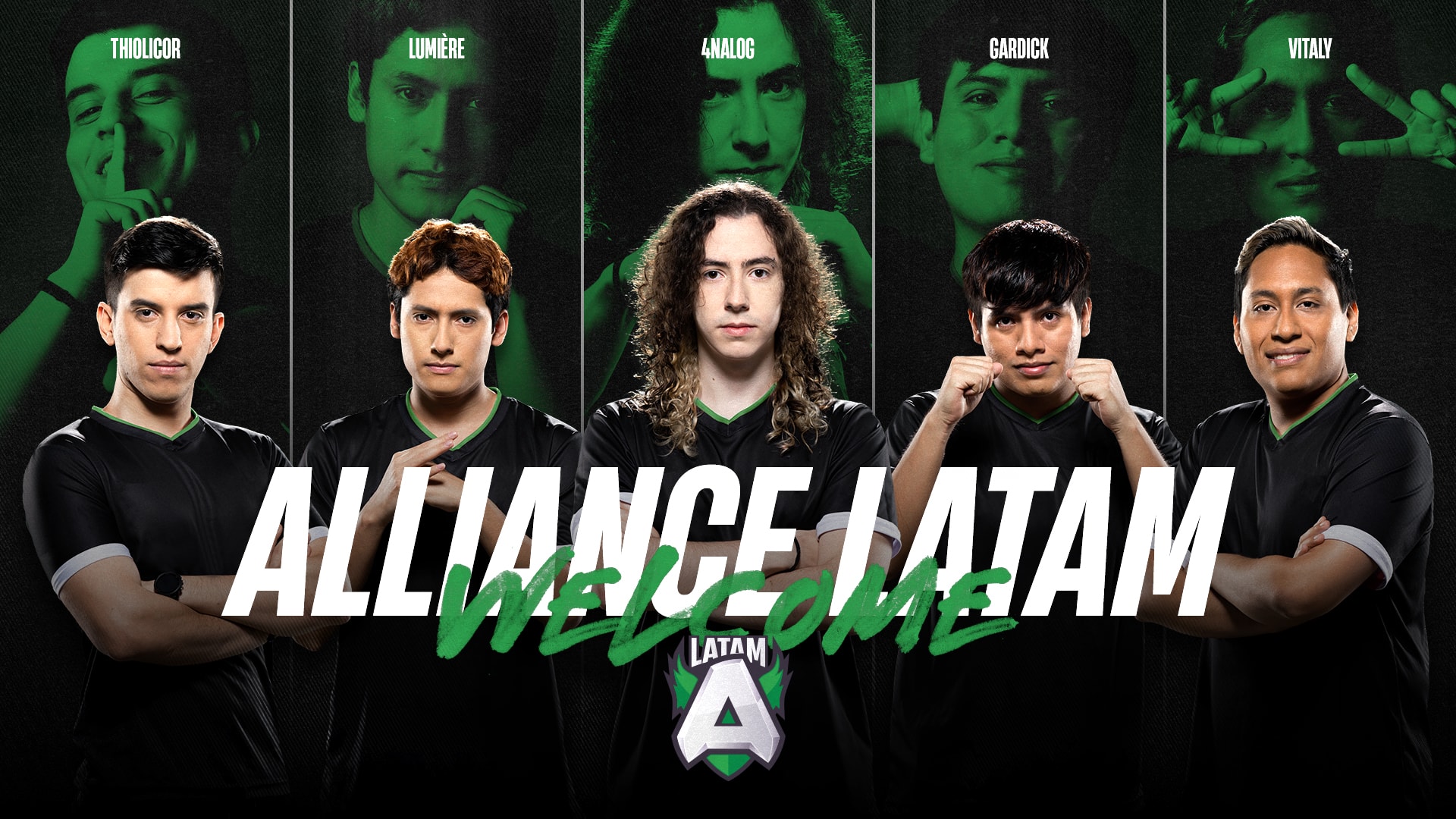 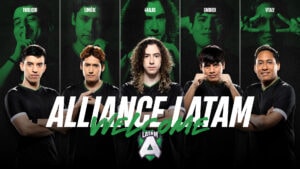 Alliance have been a fundamental part of the Dota 2 sphere for 9 years, and it is pretty much impossible not to bring them up when you talk about Dota history. But the organization doesn’t want to stop there, as striving towards success, innovation and to face new and exciting obstacles is what Alliance is all about. So without further ado Alliance would like to introduce their new Latin American Dota 2 team, Alliance.LATAM!

The Peruvian team known as “Hokori”, will have its whole roster signed to Alliance and become the new Alliance.LATAM. “Hokori” has been a part of the South American circuit for almost two years, and with a strong underdog run at TI, showed that they can stand up to any team. But let’s move on to the most exciting part, player introductions!

First off we have the one leading the team, the one making sure everyone is working towards the same goal. The Captain of the team, Anthony “Gardick” López from Peru. Being an extremely versatile player with a stacked repertoire of heroes “Gardick” brings not only stability but near instant adaptability.

Next up we have carry player Edward “Lumière” Guillen, also from Peru. “Lumière” caught many eyes at The International, and will impose an incredible amount of pressure on any team from the safe lane.

When it comes to the midlane we have no other than João “4nalog” Giannini from Brazil. “4nalog” reaching TI mainstage during only his second year playing competitively speaks volumes of his skill and his future could not look more positive.

Moving on we have the offlaner Pablo “Vitaly” Angulo from Peru. “Vitaly” is every Dota player’s worst nightmare to face. Like an immovable object “Vitaly” never gives up an inch of his game without making the enemy sweat for it.

Last off let us introduce the roaming support of the team, Thiago “Thiolicor” Cordeiro from Brazil. “Thiolicor” brings vast pro experience on top of his high mechanical skill and has been and will continue to be an important cog in this young aspiring squads future.

“It’s been a crazy year. A year of ups and downs but also a year of clear progress. We now find ourselves at a place where we have more freedom to grow and do the things we love and believe in. We’ve had to remind ourselves that our way, the Alliance way, has always been about helping players go through that same journey that changed our lives forever.

Rarely about choosing the most obvious choice but rather about finding and supporting the ones that we know we can develop. After meeting the players and staff of Hokori I knew that we had to help them somehow. They embody the spirit of Alliance and they remind me of a group of boys I found myself working with at the start of my own career.

We are incredibly proud and happy to take this step into South America and to double down into this beautiful game called Dota2. 2023 is going to be an exciting season and I can’t wait for the DPC to start.”

“In the short time that we have as a team, we have been able to achieve some of our objectives, compete against the best in the world, we are proud that Alliance has eyes on us, and today we are part of this wonderful organization. We know for sure that we will give our best and we will work to be better every day. Our goal didn’t change and our dream is still in front of us, to our followers – please continue to support us, we won’t let you down”

Don’t forget to follow the team and send all your support their way!

About Alliance
Alliance is a world-renowned esports organization fielding competitive players across some of the most popular video games in the world. Shortly after Alliance’s inception, their Dota 2 team, headed by Jonathan ‘Loda’ Berg, catapulted to the top of the scene with an innovative playstyle and went on to claim the Aegis of Champions when they won The International 2013.
Alliance’s mission is to create a lasting legacy that supports esports experiences across the globe. In working toward that goal, they’re determined to be a responsible organization driven by their core values of dedication, teamwork, and community.