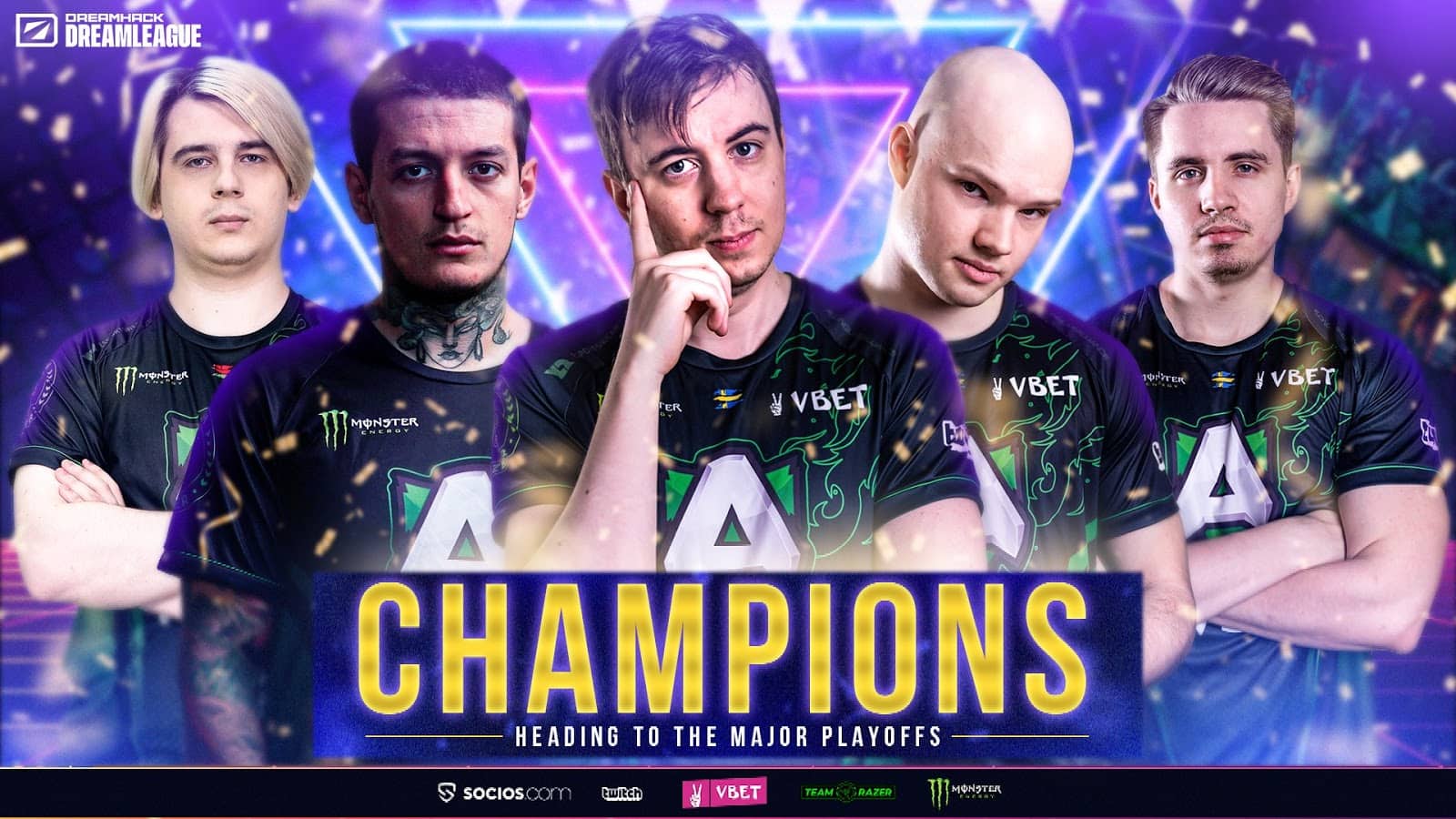 Since April 13, we have been part of the second season of the Dota Pro Circuit. It’s been an intense month, where our Dota 2 squad have played a total of seven games. We started off with a bang, winning against esports titans Team Liquid, Nigma, OG and Team Secret. Thus securing us a 4-0 start to the season.

Ahead of the second DPC season, few believed in us after a poor performance at the Singapore Major – but the underdog status fueled the team.

We were on a roll, losing only one series, which meant that with a 6-1 score we are the champions of season two of the Western Europe DPC. This also means that we will get placed directly into the playoffs in the upcoming Major; the WePlay AniMajor, which will start on June 2 in Kiev, Ukraine.

Our team has been working hard to refine their plays, and we are proud to see that it is paying off. We recently announced the trial of TI-winner and Dota 2 household name Peter “ppd” Dager, who has been coaching the team during the DPC season 2. We couldn’t be happier having ppd help the team to this success, and follow them to the major.

“I feel like we had a lot of people supporting us, and it’s just nice to have a strong fan-base. Thank you guys!” said team captain Gustav “s4” Magnusson after the win this weekend, that confirmed their first place.

Make sure to follow our social channels, to support us on the hunt for those last few DPC points needed to qualify for The International 10. You can find us on Twitch, Twitter, Facebook and Instagram, as well as joining our official Discord channel. You can also check out our Youtube to find some fun behind the scenes content from the latest bootcamps.