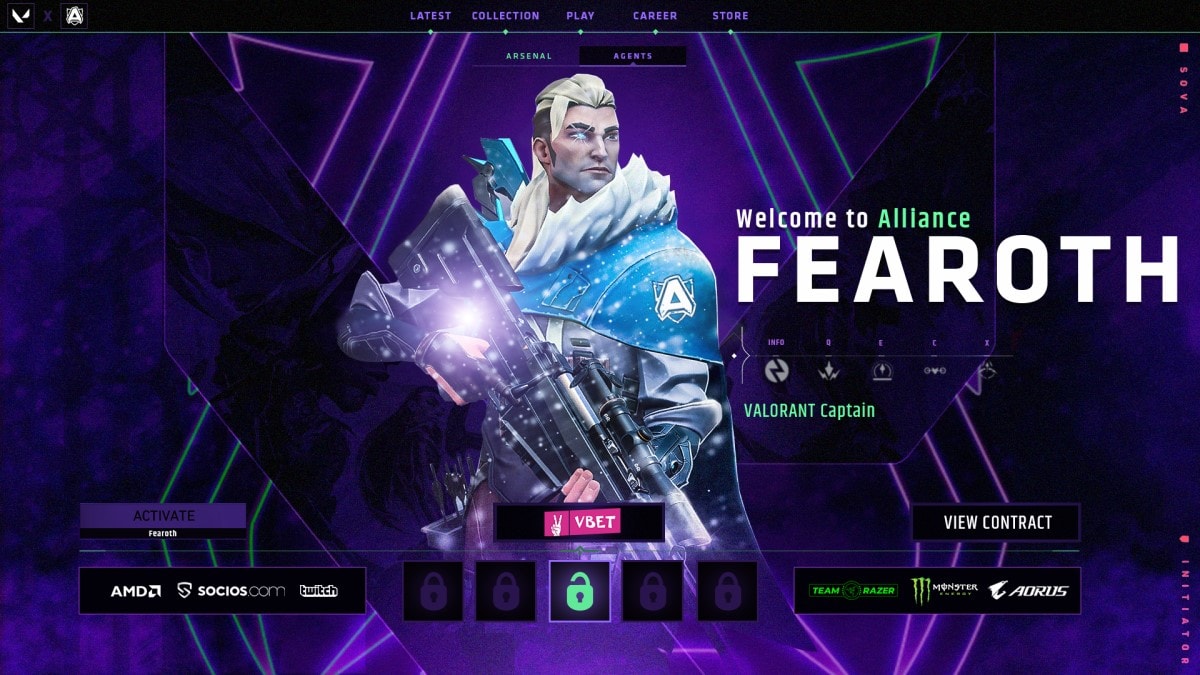 WELCOME TO ALLIANCE – [A] VALORANT CAPTAIN

Gothenburg, Sweden – January 28 2021 – Following the initial announcement of VALORANT, Alliance instantly set the goal of finding a talented and hungry roster fit for the powerhouse organisation. In late 2020, Alliance announced that esports veteran James Banks would lead its VALORANT division and search for a team worthy of representing and sporting the colours of the legendary Swedish organisation. Today, Alliance is excited to announce its first VALORANT player – and it’s none other than its in-game leader in Enzo “Fearoth” Mestari.

Fearoth isn’t exactly new to the FPS scene, boasting experience from high-level CS:GO and as a day-one VALORANT professional, he’s sure to bring plenty to the table. His name gives it away – He’s a player to fear, with multiple podium finishes from VALORANT already.

“He’s had a great career so far,” says team manager James Banks. “He is my first building block to make this magic happen.”

Alliance is ecstatic about sharing its VALORANT news with everyone. Fearoth is the perfect player to build a team around, and the team can’t wait to share the rest of the roster.
Watch the announcement video here, where Banks and Fearoth discuss the trials before joining the team, how they chose which players would join and much more insight into the process.

And, since a captain needs a team – Don’t forget to keep an eye out for more announcements coming soon… ?

In November, Riot Games announced VALORANT Champions Tour. Their next step to grow VALORANT into the next great, multi-generational esport. In The Champions Tour aspiring pro players from all over the world will have the opportunity to build their stardom through a brand new series that will feature both regional and international competitions.